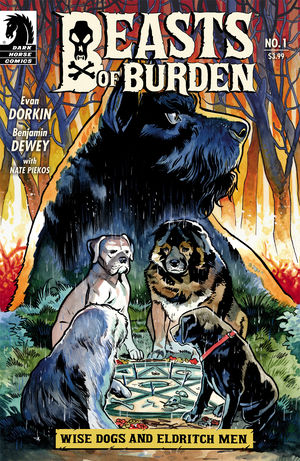 A new 4-issue Beasts of Burden side-series featuring the local Wise Dog Society, picking up on a plot point from the Eisner Award-winning Beasts of Burden: Hunters and Gatherers. Leaving Burden Hill, the WIse Dogs attempt to clean up some supernatural disturbances in their area, and stumble upon a human conspiracy of magic and murder. You can read this without really having read the other stories (it's an adventure with dogs that know how to fight evil), but some of the story elements will tie into events from the main Burden Hill series.

Script by me, art by Benjamin Dewey (Autumnlands), lettering by Nate Piekos. Published by Dark Horse Comics, available at comic shops, Comixology, and through DHC's website.

There's a variant cover by Rafael Albuquerque if you're into those. I'm not pro-variant -- as a gimmick or a drag on retailers, as some of you might remember -- but I can't keep the sea back, either. At least these aren't incentive or chase variants that force anyone's hands, you can get either one, your shop can order either one, whatever quantity they like. They're pretty, and we'll collect them in the Beasts and Blackwood books.

The fourth issue with a variant by series co-creator Jill Thompson is in the new Diamond Previews for pre-order, btw. 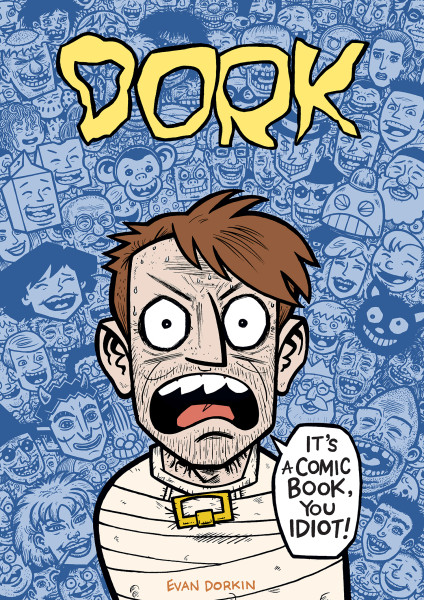 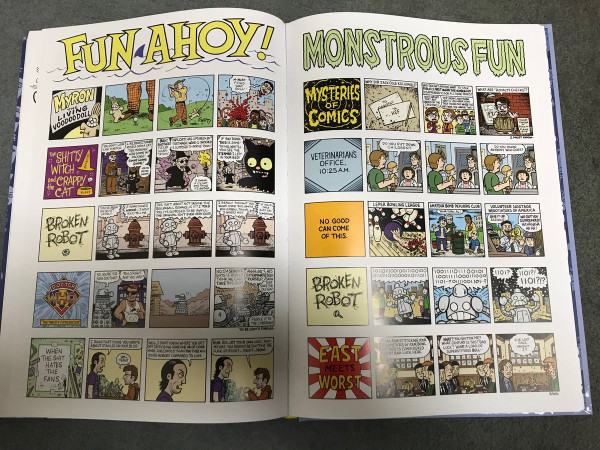 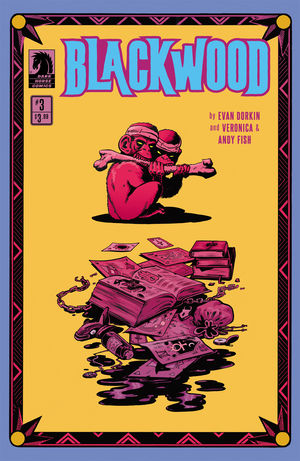 The DORK HC collection by me with color work by Sara Dyer.
BLACKWOOD #3 (of 4) by me, Veronica FIsh, Andy Fish (variant cover by Tyler Crook)

Both from Dark Horse Comics. 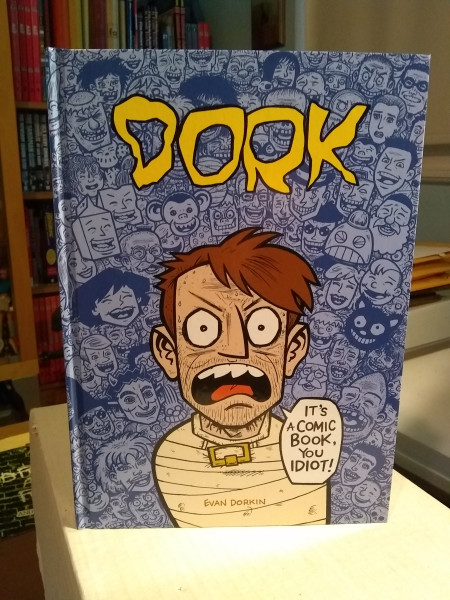 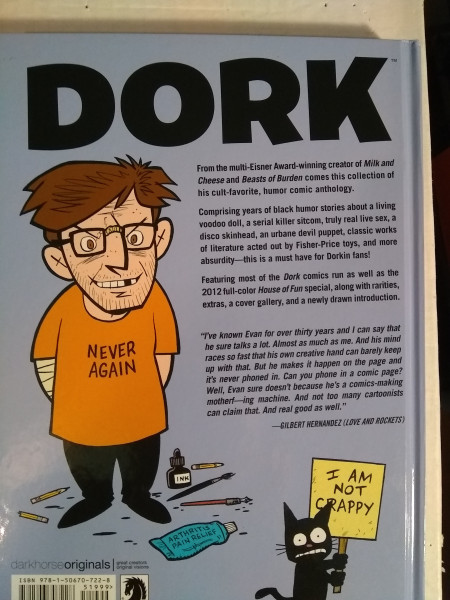 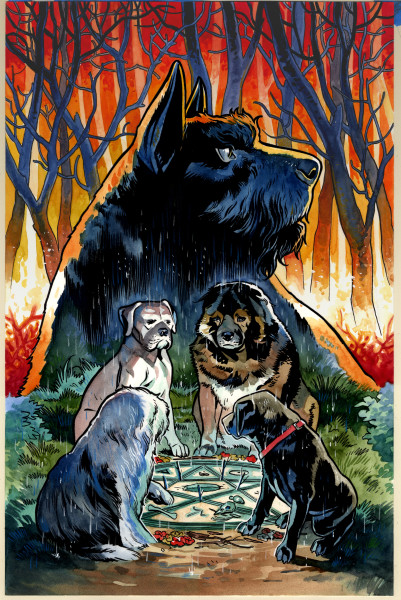 You can read more about the Wise Dogs series here (and see the first few pages of art from issue #1):
https://www.avclub.com/beasts-of-burden-returns-for-a-new-horror-adventure-in-1825321899 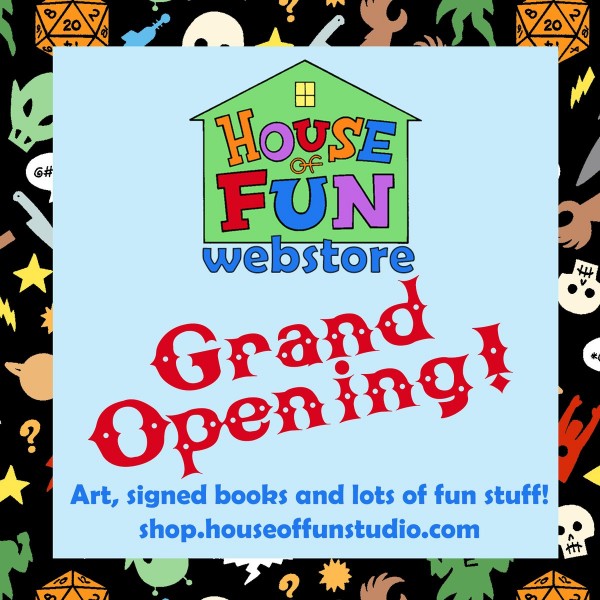 At long last we have a dedicated site for selling pins, signed books, original art and other stuff from our House of Fun to your House of Um, Somethin. Right now we have a small number of items available, as we're starting out with some pins and whatever books we have on hand along with a few pieces of art. We'll be adding more things over time, new art, new books, probably a few Eltingville lunchboxes, etc. We'll see how it goes. Feel free to take a look, maybe there's something on the site you and yours might wish to purchase and love a little bit.

I'm working on a new creator-owned horror/comedy series called BLACKWOOD, which was co-created with artist Veronica Fish and debuts in May from Dark Horse Comics. You can read more about it (and see some nice art) here, at the AV Club: 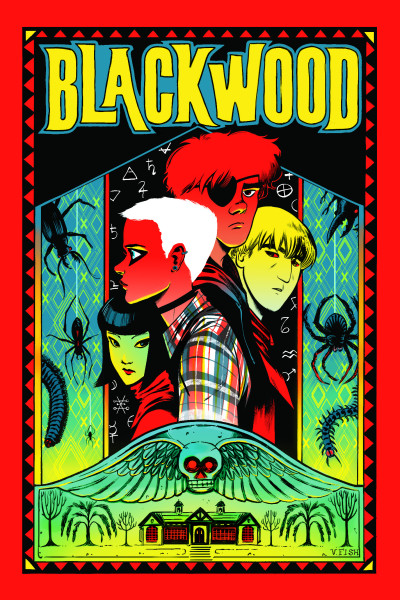 cover to BLACKWOOD #2 by Veronica Fish 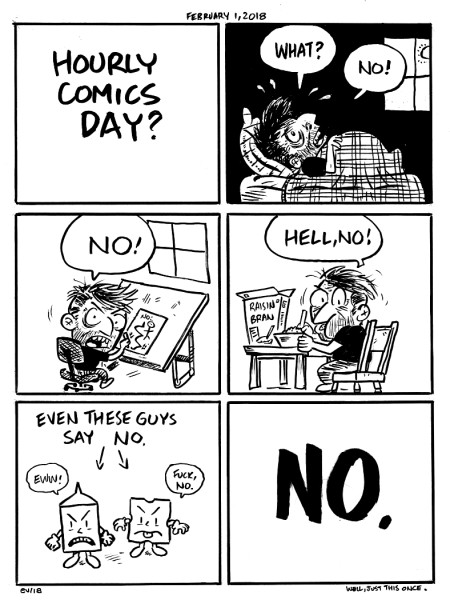 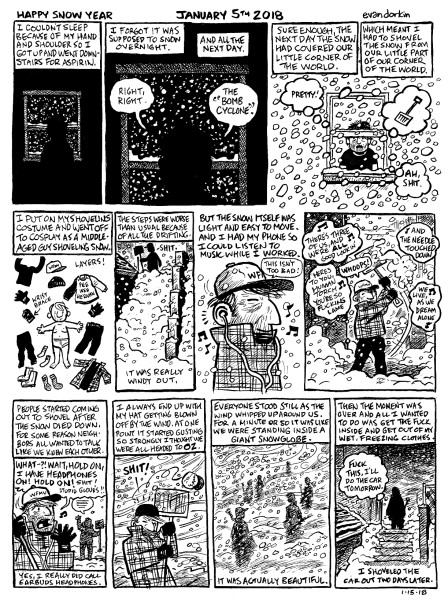 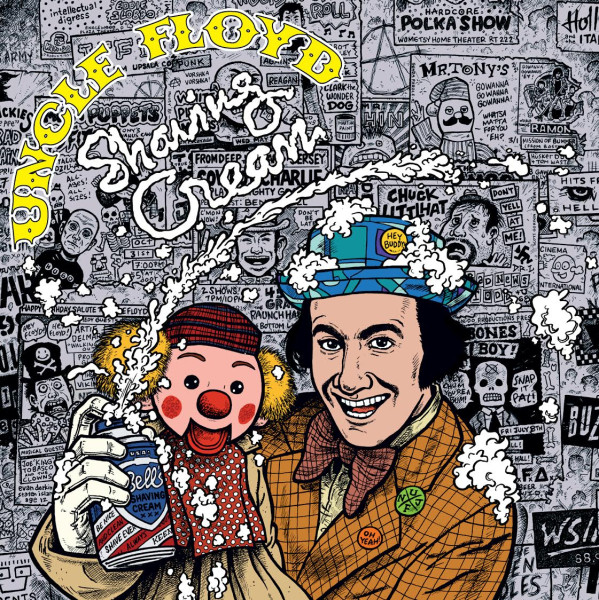 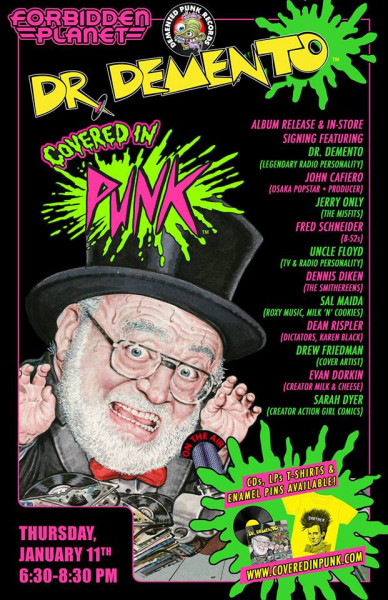 Sarah and I contributed artwork of Uncle Floyd for the booklet that comes with the DR. DEMENTO: COVERED IN PUNK CD/LP. Tomorrow night we both join a gaggle of musicians and at least one master cartoonist (cover artist Drew Friedman) for an album release signing at NYC's Forbidden Planet. Several more people have been added to the signing. This is so weird to be a part of.

Sarah and I contributed artwork to the DR. DEMENTO: COVERED IN PUNK album project coming out next month, and have been invited to take part in the release signing at Forbidden Planet NYC on January 11th.

If you're an 70's kid/80's teen/young adult like me and liked listening to Dr. Demento, or watching Uncle Floyd, or listening to The B-52's and/or The Misfits, or reading early Drew Friedman comics (or all of that stuff), you might want to pop over and say hello.

I'll be the nerd hiding in the corner in junk culture heaven.

This is just so weird. We're definitely bringing stuff to get signed. 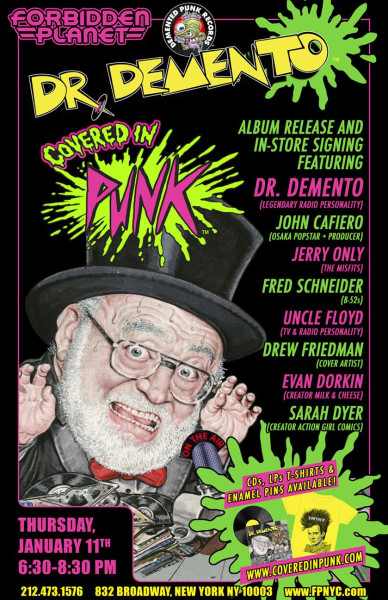