We're still getting back up to speed after the storm. We finally managed to get a tree removal service to come and haul the drunken Ent off our roof, they were also nice enough to remove a small stack of very large bills from our wallet as well. Then we had a bit of a dust-up over a new comic coming out which I felt was remarkably similar to a story I did in Dork #8 back in 2000.

On the plus side of things, a lot of work has fallen into our laps that we can now start getting back to. And Scott Allie at Dark Horse just wrote to let us know they got advance copies of the House of Fun one-shot, which is great to hear. Even though it's reprinting work from Dark Horse Presents (along with some extras) it's the first comic book of my own stuff out in about six years (if I remember correctly). That's insane. I hope the next one doesn't take that long.

Oh, before I forget, once again I'll be signing personalized book plates for the Comic Book Legal Defense Fund Spirit of Giving drive. Folks can purchase Beasts of Burden and Milk and Cheese as gifts for friends, family or themselves, and I'll sign them to you (or whomever) along with a little sketch tossed in as a thank you (the CBLDF site says that artists will not be doing sketches, I am, but that's my own choice, just FYI). This year's participants in the drive include Alan Moore, Jeff Smith, Cliff Chang, Raina Telgemeier and Brian Wood. There's also pre-signed items from Dan Clowes, Brian Lee O'Malley, Neal Gaiman, Paul Pope and others. You can find information on who's signing, what books they're signing, and how you can order those books here.

The personalized gift books aren't cheap, to be honest, but the CBLDF is a good cause and if you never go to conventions this gives you a chance to get something signed by a creator you or the fan in your life likes. And even if you do go to conventions you likely won't be getting anything signed by Alan Moore. The offer to get personalized books ends December 5th, btw.

Okay, over and out. Have a safe, sane, swell holiday. Talk to you soon. 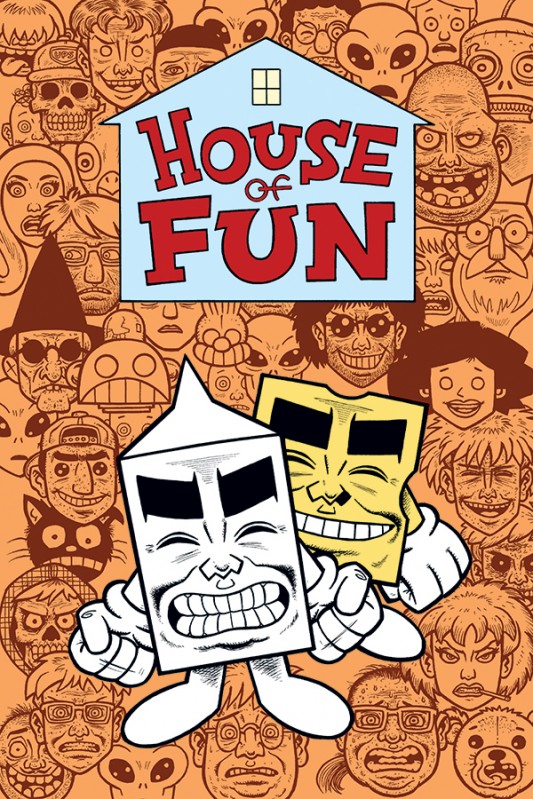