Well, one of the things Sarah and I have been sitting on for a while (besides uncomfortable office chairs) is now out in the open, so, here you go: we wrote a batch of Metal Men cartoons for the DC Nation series. I also did the character designs, although they were simplified quite a bit from what I submitted.

There are five shorts, each is a minute and a half or so, iirc, and they were animated at Augenblick Studios. While the cartoons can be seen in any order -- they're all self-contained -- there is a sort of invisible continuity to them. Sarah and I referred to it as, "Birth, School, Work, Death" , and I guess "Destruction" could be slipped in there, along with "Goofiness". Mostly goofiness, to be honest.

You can see a preview of the first short here. Apparently the first cartoon is airing this Saturday on the Cartoon Network, before the Teen Titans Go! show. I think. We had no idea they were going to announce this so we're playing catch-up. Anyway, I hope DC Nation viewers enjoy them, especially the kids. Nothing against longtime fans and responsometer wonks -- there's two or three Ross Andru/Mike Esposito-designed villains in the mix -- but the kids were who we were thinking of while working on the stuff.

For your eyeball edification, my designs for the DC Nation: 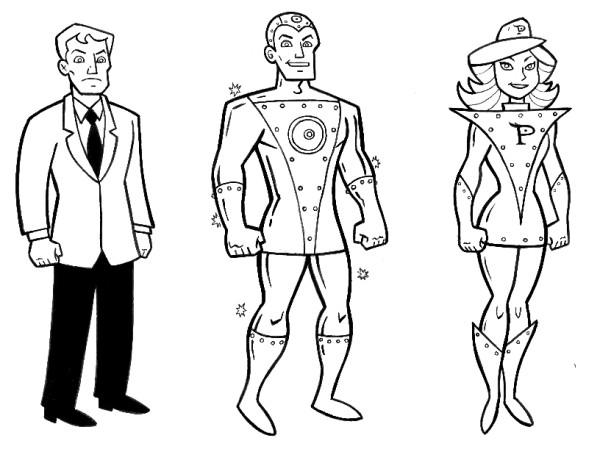 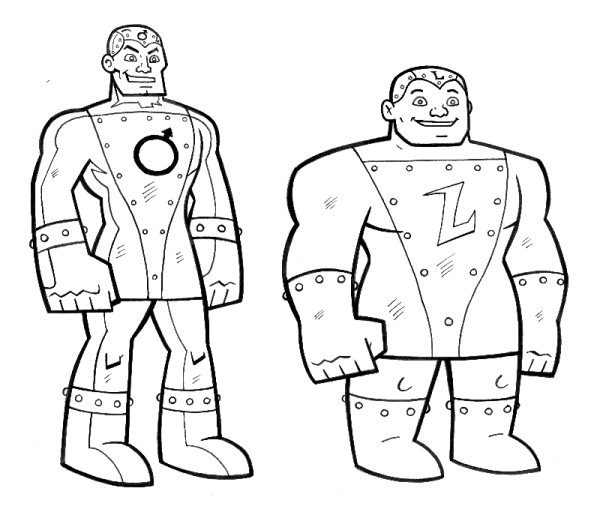 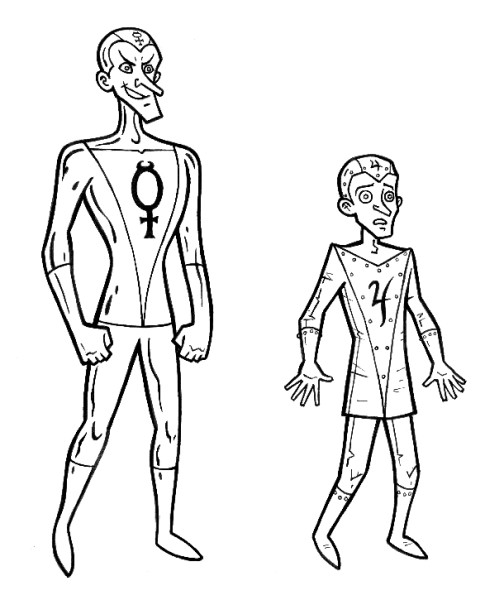