We're heading back to Heroes Con in Charlotte, NC this weekend, and as usual we'll be hauling some of our comics, books, art and crafts out there, along with whatever else we toss in a box in the hopes of exchanging it for money over the weekend.

We'll be at table space AA 1116 in Indie Island, bunking nearby Stephanie Buscema's set-up. As usual, there's a huge guest list featuring creators from across the comics board, mainstream, indy, alt, all-ages, vets, newbies, old, young, male, female, etc. I'm excited to be going as a fan because Jaime and Gilbert Hernandez will be there, as will Jeff Smith, and other folks I haven't seen in a while and am looking forward to saying hello to if they're still speaking to me. If I have time I hope to attend the Los Bros spotlight panel.

Speaking of panels, I'm on the humor panel (Saturday, 4:30, Rm 201), pretty much the only kind of panel I'm ever asked to do. I enjoy them, don't get me wrong, but I'm kind of feeling pigeonholed after doing a lot of these and I really don't know what else to say anymore ("Influences...the Direct Market isn't interested in humor even though the general public is and some of the most popular webcomics are humor ones...DC lost its smile...the death of paying anthologies and the rise of the net changed the game...I feel old and outdated and want to die...ha ha ha, blah blah blah), but Tom Spurgeon of the Comics Reporter is moderating so it should work out fine.

We'll have copies of The Eltingville Club #1 and Beasts of Burden: Hunters and Gatherers on hand, as well as a batch of Milk and Cheese hardcovers and a very limited supply of the now-vintage Beasts collection (they're on back order and didn't ship to our LCS on time). We'll also have copies of Sarah's Action Girl copies at $2 a throw (we're out of several issues and the rest are starting to go, fyi) and some HOF crafty jewelry things she's made, as well as Emily's handmade hair clip sets. I think we have a handful of Milk and Cheese buttons left, and I found two hidden-away sets of the old, self-produced '90s M&C beer mugs which we'll be bringing along (one's already been claimed). I have some new pages and pieces in the portfolios, some high ticket (for us, at least), some cheap as chips. Mad illos, M&C pages, an Eltingville two-pager, a Bill and Ted page, Hellboy: Weird Tales pages (DHC is putting a hardcover collection of that series out, fyi), the Urbs/Sims comics I did for the Electronic Arts website a ways back, and some pin-ups and odds and ends. I'll also be doing a limited number of commissions, if no one asks then they'll be severely limited.

Anyway, if you're going and are so inclined, feel free to stop on by, say hi, and give us your money until we cry. 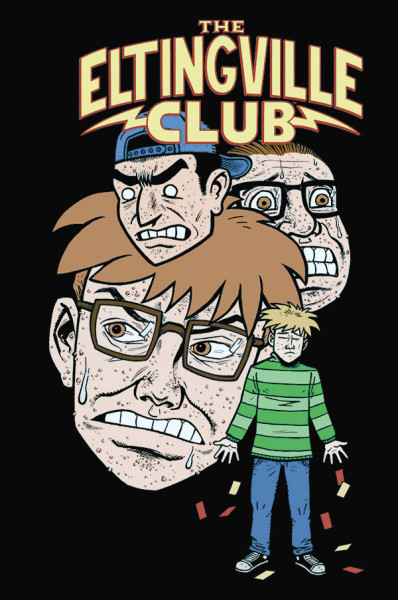 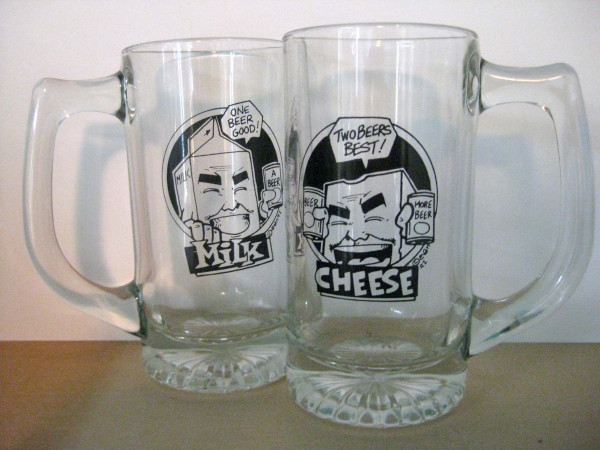 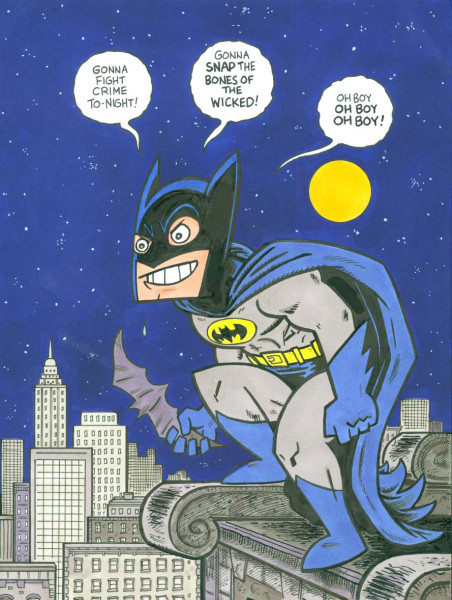