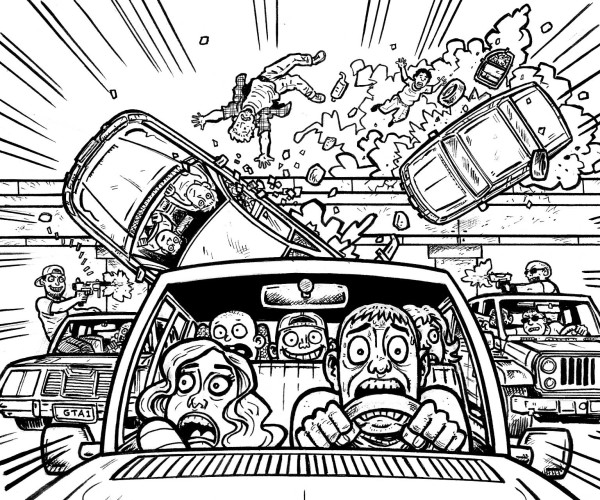 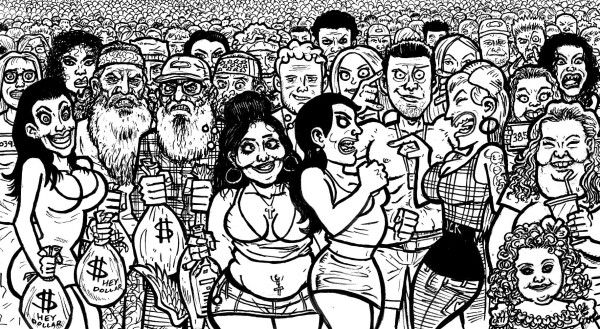 These aren't the cleaned-up versions, fyi.

I think there were nine illustrations in all for the gig. This was our only appearance in Mad this year, I had to turn down some other stuff because of the Eltingville mess that ate my schedule (and income, and brain) this year. Sheesh. Had fun with the job, though. Put too much stuff in, as usual.

I think 2014 marks our tenth year appearing in the magazine, we're not huge contributors but it's been pretty great to be a part of the Usual Gang of idiots. I keep it in mind whenever the career gets me down, which lately has been pretty often. Fingers crossed 2015 won't be another 50 car pile-up.
Collapse