BOOM! Studios is collecting my Marvel Comics' Bill and Ted run from the early 1990s in a single volume, under the title BILL & TED'S MOST EXCELLENT COMIC ARCHIVE.

Unlike the SLG two-volume set it's a single 368-page volume, in hardcover, and in color rather than gray toned black and white. The interiors were scanned from the original run and enhanced on computer, I would have loved it to be recolored (the 90's were a rough time for mainstream funnybook color) but I obviously don't get to call the shots on this. Even so, I think it will look a hell of a lot better than either the original Marvel run or the SLG volumes.

The series inkers were Stephen DeStefano and Marie Severin, lettering was done by Kurt Hathaway, colors by Robbie Busch. A few others folks chipped in when deadlines got rough on the BOGUS JOURNEY movie adaptation and issue #11.

I provided a new introduction to the book, as well as a timeline (expanded from the second SLG collection), and a batch of extras including pin-ups, penciled page xeroxes, and scans of original art featuring inks by Marie Severin and (single-page secret guest inker) David Mazzucchelli. I also consulted with BOOM! on the project, going over the PDFs for corrections and making suggestions and the like.

Sarah and I did a new cover for the project, but BOOM! decided to not go with it. Instead, it will be used as an interior page. It ran as the solicitation cover on at least one comics site so I'm posting it here for folks to see. 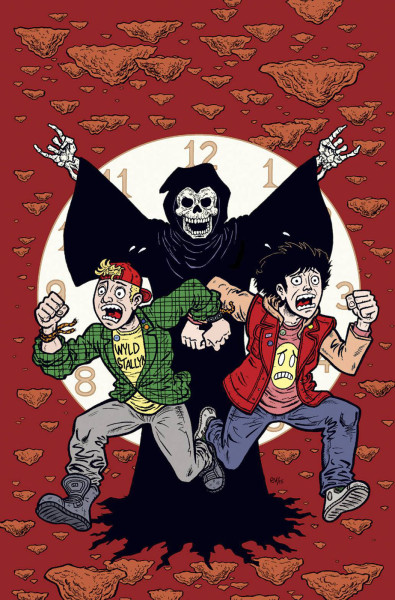 Anyway, there you go.
Collapse